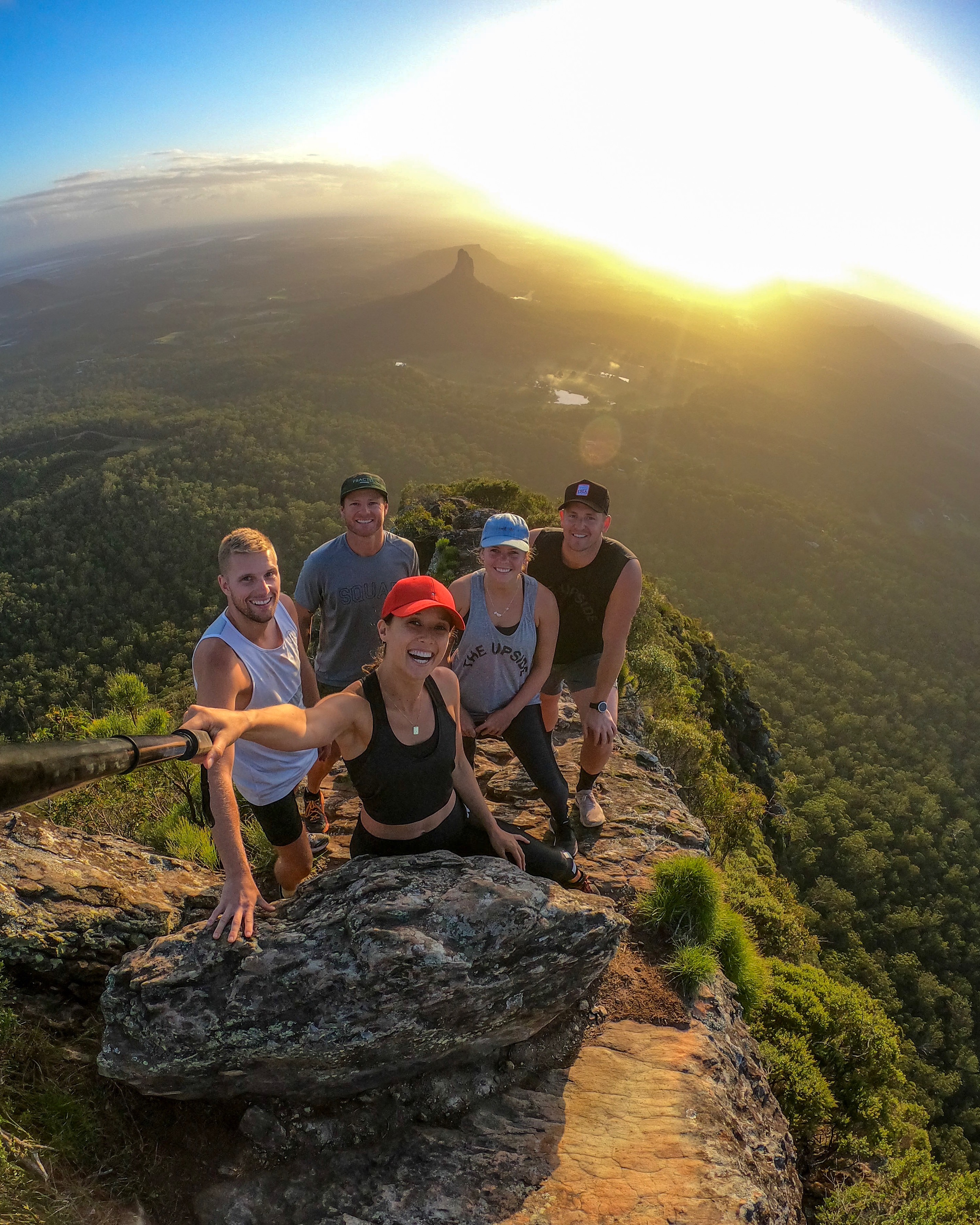 Most normal people are still in bed after a night of celebrating and bringing in the New Year, or they are still out. Well on New Years Day we decided to climb Mt Beerwah, one of the Glass House Mountains on the Sunshine Coast. 3am wake up call for a 3:30am climb.

One of our best mates Kieron was the leader of our pack and THANK GOD HE WAS! For those who have done the climb know just how difficult it can be and we were crazy enough to do it when it was pitch black. The day before the climb Kieron suggested we go out and buy head torches. We did as we were told, we also had a backpack with water and snacks. (I always have to have snacks on me because I get so HANGRY!)

The ascent was challenging enough without adding bit of darkness to the mix. The first part of that climb felt like we were climbing for hours but was really around 45mins. Hats off to all the rock climbers out there. By the time we had been climbing for nearly an hour we could see a subtle glow over the horizon. The peak was in our sights. When we finally reached the top I’ve never seen anything as beautiful. It was like something out of the Lion King. 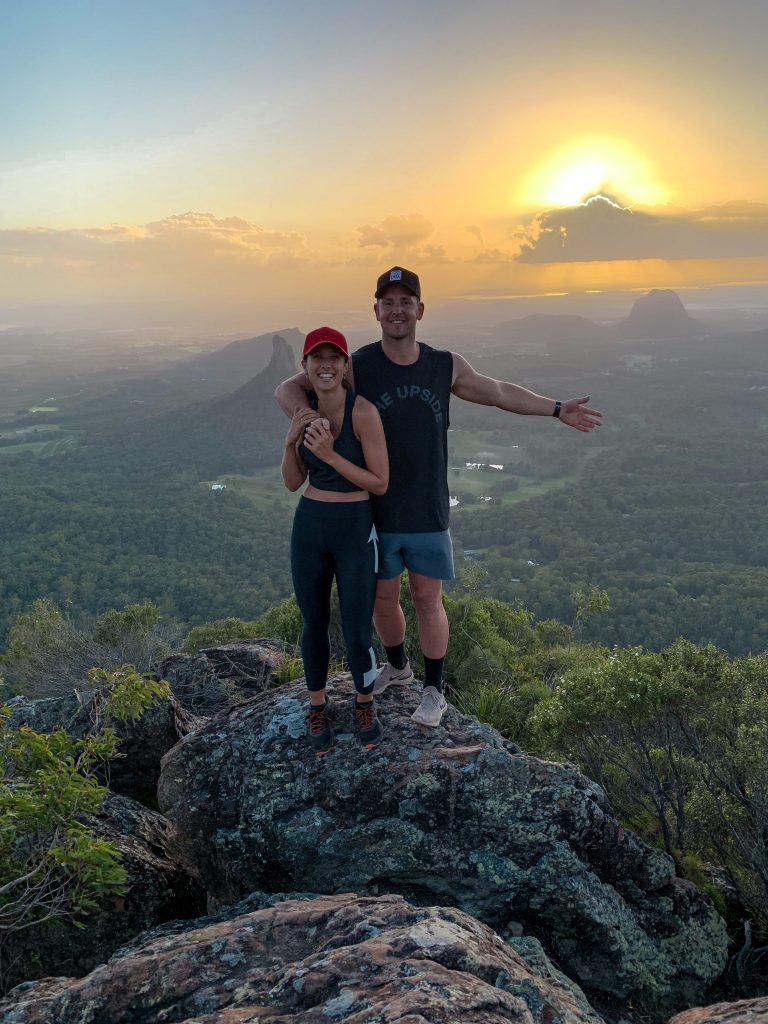 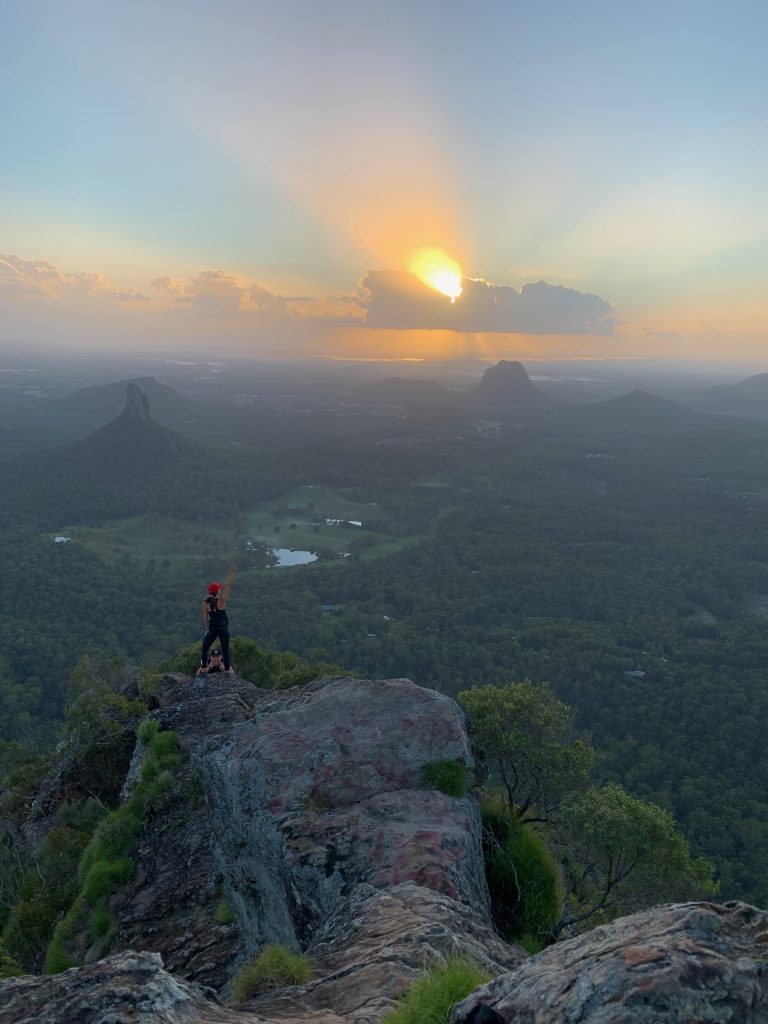 What to bring on your climb: